Follow the track of locations shooting world renown HBO miniseries “Chernobyl”, everything incorporated with insights from filming crew! During the tour we will visit places shot in biggest Lithuanian cities – Kaunas and Vilnius.

Locations, which will be visited include places like “Bridge of death”, Valery Legasov flat, Hospital No. 6 of Moscow, “City of Pripyat” and many more!

History showed us that in the world there are many disasters and some of them are man made… One of the biggest, which is known, it’s catastrophe at Chernobyl Atomic Power Plant in 1986. This was so huge and massive, that it touched lives of millions in whole planet. There were many stories told, what and how happened during that faithful night, but only recently story a about sacrifice and bravery of thousands was broadcaster into the world. This story of people was told by the word renown HBO miniseries “Chernobyl”.

But can you imagine, that this story and lot of set pieces showed in the miniseries were filmed in Lithuania? Join today and discover all “behind the scene” places and stories told by our group leader heard directly from people working on filming the story of “Chernobyl”!

During this whole day tour we will visit Kaunas, city which is known as “Moscow” in the miniseries and of course the infamous city of Pripyat recreation, which happened in Vilnius. But that’s not all! Joining us you will see with your own eyes these places:

Don’t hesitate and let’s discover all the places of world renown “Chernobyl” miniseries shot in Lithuania! Everything is ready and group waiting for you

Date: Can be organised any day during the week.

Price: Starting from 40 EUR per person 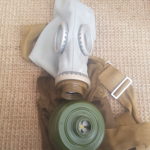